Introducing a new brand into a saturated market can be an undertaking, especially when that market is athleisure. With many already well-established retailers, the entire athleisure market is anticipated to exceed $80 billion by 2020.

HYFN was approached by Macy’s to set Macy’s athletic line, ID by Ideology, apart from other competitors in the athleisure market. HYFN approached this challenge by focusing on the brand’s functional appeal towards the everyday athlete, and instilled the campaign-wide tagline “Accepting All Athletes.”

Instead of pursuing high-profile athletes as influencers, HYFN worked with an army veteran, a weatherman and a college student to represent the brand. HYFN shot a series of videos and photography capturing each of their influencer’s athletic abilities. The media was later used in a series of social campaigns, along with product photography, and the “Accepting All Athletes” tagline.

To garner interest beyond social platforms, HYFN and ID Ideology celebrated the line’s launch at the Venice Beach Boardwalk. The brand set up a finish line for joggers, handed out Macy’s gift cards, and cheered on the crowd to celebrate everyday athletes.

HYFN’s campaign and strategy for ID Ideology was an overwhelming success, with an overall campaign reach of 2.2 million and generated more than 14,000 purchases. To view the full campaign site, visit here.

To combat bullying, the Pennsylvania Department of Education created a hotline to help students in need and released a PSA to spread awareness surrounding the hotline. The PSA depicts the horrors of bullying through the victims’ eyes. In the video, students are seen reading their devices and surrounded by hurtful messages. The PSA ends with the powerful statistic of nearly half of all students have reported being bullied within the past month.

The PSA reflects the isolation victims of bullying face, especially during the digital age. While the video shows the bleak reality of bullying, it ends with the important message for students experiencing bullying to contact the Pennsylvania Department of Education’s bullying prevention hotline for help.

Working with a well-established brand is an exciting opportunity, especially when that brand is as treasured as Disney.

Creative Capers Entertainment had the idea to bring life to an interview with Walt Disney through animation. Pete Martin, a journalist, interviewed Disney during the 1950s, and excerpts from the interview were used in the biography, “The Story of Walt Disney.”

The studio created a video combining footage from Martin’s original interview with Disney, and animation from Creative Capers. In “The Wonderful World of Walt,” an animated version of Walt Disney tells anecdotes from his life and describes his vision for Disneyland. The video takes viewers through many beloved locations, including Walt Disney’s office and various Disneyland landmarks.

Finally, the video ends with a nostalgic shot of Walt Disney holding hands with Mickey Mouse and waving goodbye to viewers in front of Disneyland’s castle.

The final deadline for the 2018 AVA Digital Awards is January 18. Enter now.

Many organizations have chosen to invest their resources in causes outside of their offices to make an impact. One of these is S&P Global, who supports women entrepreneurs through sharing their knowledge, leveraging their own tools and supporting woman-owned small businesses.

Rodriguez’ empowering story of starting her own business and S&P Global’s message about the importance of women entrepreneurs compliment each other to build a dynamic corporate image video.

Social media is one of the most effective tools organizations can use to spread their message to a large audience. When using these platforms correctly, organizations can establish themselves as thought leaders.

The campaign utilized print media, email, website and social media messaging to reach its targeted audience. ASDS coordinated several Facebook and Twitter messages throughout the month of May that included skin cancer facts and figures, promoted their services, and linked to informational posts and videos.

The campaign was an overwhelming success, increasing ASDS’s reach by 3,000 and garnering more than 8,000 impressions. The organization successfully drummed up awareness surrounding their cause through social media while establishing their platforms as a reliable source of information. 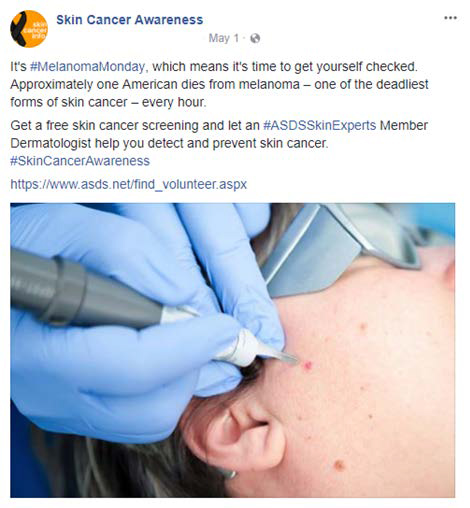 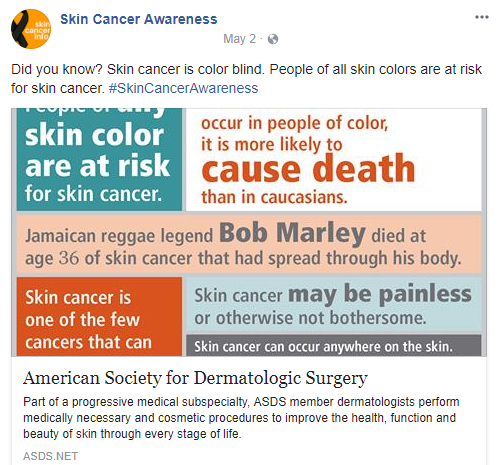 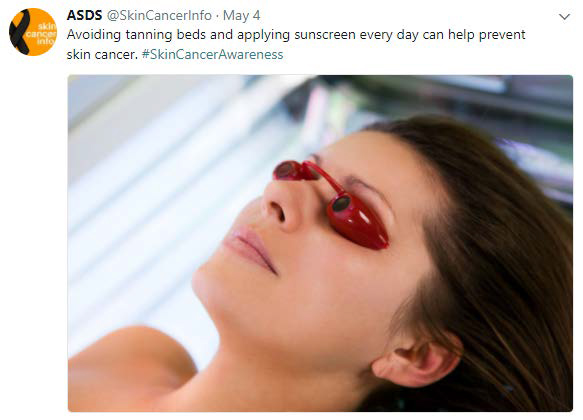 The deadline for the 2018 AVA Digital Awards is December 14. Enter now.

Do you need a flask for your premium whiskey?  You may think you don’t until you watch a video of the product from QA Graphics.

The small company in Ankeny, Iowa creates big-time graphics for a variety of clients. QA Graphics worked with Discommon Goods to create a product video that captured the sophistication of the Macallan x UWERK flask dual tank flask.

The Macallan dual tank vessel is the Swiss watch of flasks.  To convey that message, QA‘s graphic designers and 3D modelers take the well-machined and highly designed flask and bring it to life.

Eagle’s Flight approached Smart Bug media to create an organizational blog for Eagle’s Flight’s operations. Smart Bug Media then developed an organizational and training blog for Eagle’s Flight that smartly lays out topics and discussions on pressing issues affecting administrators, employees, and culture.  The articles, sharply written and engaging, are not only timely but insightful. The blog is accentuated with crisp graphics simply designed and easily navigable.

Mirrored Media of Los Angeles blended these elements together to create an integrated marketing campaign to promote the BMW brand. Called “The Road to Coachella,” the campaign followed composer Hans Zimmer and celebrity friends as they traveled in BMW vehicles from L.A. to Indio, California where Zimmer headlined Coachella Music Festival.

The campaign featured original music that was composed for the road trip and gave fans an inside look at BMW’s cars and the festival. The campaign was an overwhelming success, with the #RoadtoCoachella hashtag and video reaching more than 2,500 mentions, 33 million impressions, and 1 million views. 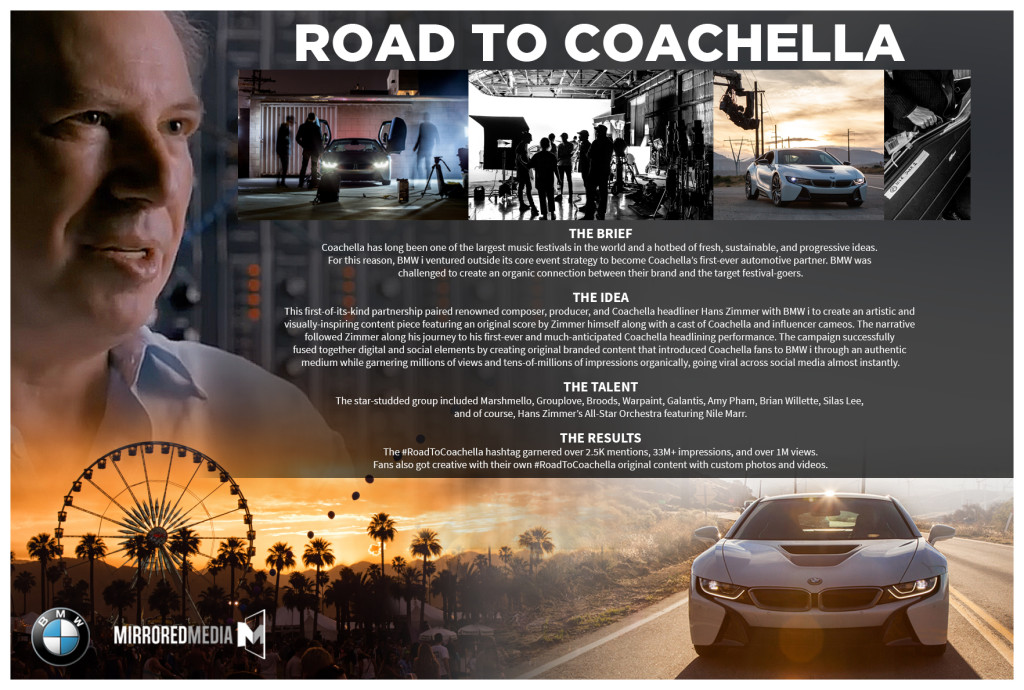 To introduce today’s children to Winnie the Pooh, Disney created a digital campaign that reaches parents. In a clever digital tagged ‘First Best Friend”, Disney targets new parents and reminds them of something they may have forgotten.  Pooh is rendered as a living, breathing, cuddly creature ready to make new memories with new friends.  The series of videos is as charming as the character.

When professionals in our industry use their skills to capture natural beauty, the outcome is both impressive and memorable. One of these memorable projects is Blue Marble Media’s video “Southern Charm: Experience Georgia.”

Blue Marble Media, an Atlanta-based creative studio, was approached by the Georgia Department of Economic Development to create a video encompassing the overall Georgia experience. The studio produced a video that captures Georgia’s charm and tells the state’s story through stunning imagery.

The video features music from a Georgia-based band, and shots of Georgia’s scenery, including vineyards, small towns, cities, forests, historical landmarks and much more. Blue Marble Media successfully captured the beauty of an entire state in one video in their project.

The first deadline for the 2018 AVA Digital Awards is December 14. Enter now.