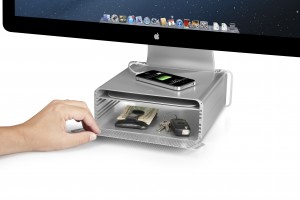 You would think you had it all after purchasing an Apple iMac but the Twelve South intros HiRise for iMac is a nice accessory to add to the somewhat all-inclusive computer.

It’s made with what seems to be an identical match as far as appearance with it’s extruded aluminum and stamped steel finish. The match is so that once it’s in place you would think it’s part of the computer.

The installation is basically nothing, just slide the shelf in the position you want and put the base of the iMac on top of that.

The shelf adjusts a few inches up and down with six internal positions, which causes the computers screen to go up and down, so just find the right height that works best.

A magnetically secured faceplate flips open to reveal two shelves, which can be used to store cables or other small accessories. Small hard drives can even be stored inside and have the drives cables feed out the back side of the HiRise to plug into the computers ports.

While I tested it out with a 27-inch iMac, its designed to work with any of size of the iMac family or Apple Displays with an L-shaped base.

A company representative also mentioned that a new that another HiRise, this one for MacBook, is being introduced this week. 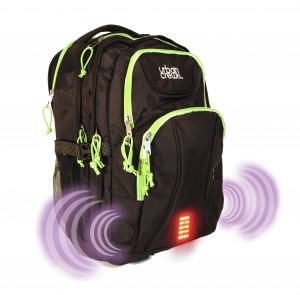 The iSafe backpack joins the crowded retail world of ‘i’ products but it’s almost in a class by itself when it comes to security with the Urban Crew backpack line designed for teens.

A concealed audible alarm is built into each bag that also includes an undetectable activation pin built in to the shoulder strap of the backpack.

Once it’s activated, the alarm yields an noise with flashing lights, to draw attention to the potential theft while the backpack is sitting by itself or on your back.

One model, the iSafe Guardian School Backpack ($49.99) is designed for ages 8 and above. It’s a top loading, lightweight bag with easy access to the main compartment.

The guardian weighs just 1.7 pounds with it’s alarm system and batteries (two 9V alkaline) and is available in black, blue, green and pink.

The Urban Crew Campus Laptop Backpack ($89.99) is designed for ages 14 and up with seven zippered compartments along with an audio player pocket, computer sleeve and padded shoulder straps.

It weighs just 3 pounds with the alarm and batteries. available in five color combinations including including black, green, pink, purple, and red. 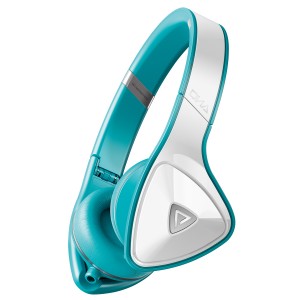 Headphones from Monster always seem to set a standard for innovation in both looks and sound.

The new Monster DNA headphones combine their sound with branding from Viacom, home to the world’s premier entertainment brands including MTV and VH1.

After Monster came out with the Beats years ago, many companies saw them as a trend setter and they were copied over and over.

As for the new DNAs, they look a little different from most any other headphones on the market with a futuristic design. Their great sound along with the comfort of the triangle-shaped padded ear cups make them a definite candidate to be copied yet again.

After turning up the music, the sound is nothing short of the high expectations from a company like Monster and I expect the same from V-Moda after I get a chance to try out their new M-100 headphones later this year.

The headphones I tried were a teal/white combination but choices of designs, patterns and two-tone colors are way too extensive to list here; just check out the Monster site.

The cord included with the headphones is Apple friendly to answer calls and control iPhones, iPads and selected iPods. A travel pouch is also included.

By Gregg Ellman @greggellman Two products make a great combination for an earful of tunes while on a leisurely bike ride. The first is the Bikemate Slim Case 3 smartphone bike mount, which to me is one of the best among many bike mounts I’ve tested. My reasoning is that it’s design and size allows […] 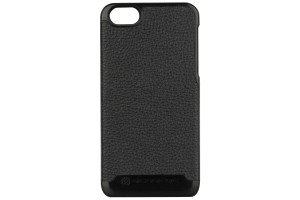 Likes millions of others around the world, I chose to upgrade to the iPhone 5 a few weeks ago and until recently it sat uncased.

Unlike the iPhone 4 to 4S upgrade, the iPhone has a different body so that caused a delay in the release of cases and accessories from third party vendors.

According to several tech supply companies, Apple didn’t release the specs of the new phone and it’s new redesigned Lightning power connection until the actual announcement.

As for the cases, they have been popping up on my doorstep almost daily, which gives me a lot to choose from.

Literally within second’s of the iPhone 5 announcement my inbox was flooded with emails from companies announcing their new cases and most said that their products would be available any day or soon.

The first one out of the gate and into my hands was from Scosche and among their choices was the rawHIDE.

It’s made with a polycarbonate shell and has a genuine leather exterior.

Just as with every other case, you get full access to the screen, volume control and the lightning port.

As I’ve written previously, Otterbox makes some great products and their efforts with the iPhone 5 continue their tradition of protecting high-priced portable gadgets.

The commuter is a two-piece design with a silicone skin-tight shell that  fits perfectly into a hi-impact polycarbonate shell and comes with a self-adhesive screen protector.

With Defender series you get everything you need to either carry the phone in your pocket or bag and also at your hip with a belt-clip holster that swivels both north/south and east/west,  depending on your preference.

A polycarbonate shell has a built-in screen protector and then is surrounded by an impact-absorbing silicone.

www.Otterbox.com $25 for the Commuter or $35 for the Defender 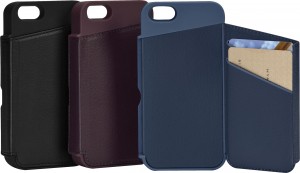 Lots of companies have tried to incorporate a small wallet into their cases and the best I’ve seen so far is the Wallet Case from Targus.

Without adding any bulk, the back opens to reveal a patent pending compartment where you can store a credit card and drivers license or just a few business cards.

It’s made with a faux leather exterior and is available in black, French blue and merlot.

By Gregg Ellman @greggellman AirPrint is a feature Apple put in iOS devices a few years ago to help users print emails, documents and photos without using  a computer if you had a newer, AirPrint-ready printer. The problem for many people is you already have at least one printer that doesn’t have the feature so […]

By Gregg Ellman @greggellman For years I’ve been a digital music junkie with a variety of devices but it’s still kind of cool to go back to the player I used in high school – a Sony Walkman. The latest in the line of digital players is the Sony E470 Series MP3, the thinest Walkman […]

By Gregg Ellman @greggellman The CordCruncher is one of those gadgets that seems useless when I first read about it but think it’s pretty cool after I’ve had a chance to use it. There isn’t much to it: a set of earbuds whose cord is encased in an elastic sleeve. But the cool thing is […]

By Gregg Ellman @greggellman The iHome iD55 is another of those cool-looking portable stereo docking systems the company produces and like the others, it sounds great. It features a sliding cover with a black faux leather top that unveils all the controls and a dock for Apple iPad, iPhones and iPods. The great desktop sound […]

By Gregg Ellman @greggellman Your morning shower will never be the same once you start sharing the water with the new iShower created by iDevices. The water-resistant bluetooth speaker is powered by three rear-mounted AA batteries (included) for about 15 hours of shower time. Once you pair it to your iPhone, iPad, Android or any […]

By Gregg Ellman @greggellman Ease of set up and ease of use are the first things I look for in any shared network devices and you get that with the Iomega EZ Media and Backup Center. Plug a network connection in the back of the unit and after a simple online setup anyone on the […] 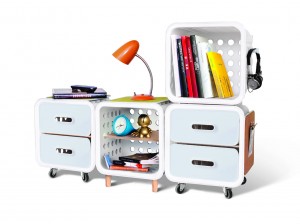 During a little summer cleaning I found a lot of plain and ordinary but very useful products including the Quirky Crate modular storage system.

It doesn’t have a USB connection or need any power, RAM or memory but after I saw how great they stored piles of my electronic gadgets I knew it was a good thing to write about.

It’s designed to emulate a stack of milk crates like I had in my dorm room long ago. The crates are  stackable, attachable or can combine with drawers or even seat cushions.

Quirky has 10 add-on-accessories (as of now), which attach to any of the 25 holes on the sides and back of the crate to attach cord management for headphones, legs, cork boards or just hooks.

It’s simple but innovative and if you have just one percent of what I have, you’ll find it handy. 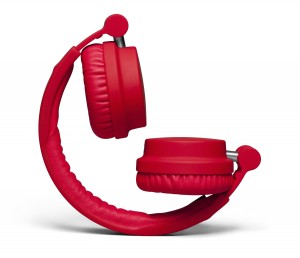 They are collapsible when not in use and feature 40mm dual-diaphragm drivers, which sounds really good and the comfortable ear cushion helps keep out ambient noise.

Since they are DJ-styled, they include a TurnCable, which has a standard 3.5mm plug on one end and a 6.3mm plug for use with a mixer on the other.

The fashion part of the headphones are made with a matte finish and with the color choice including grape, indigo, pumpkin and tomato you can see the fashion angle incorporated. 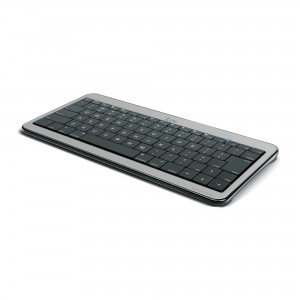 The iLuv compact Bluetooth Keyboard is marketed as a partner for the iPad but it will work just fine with any Bluetooth device needing a keyboard, although it does have dedicated keys for some iPad functions.

It’s powered by two AAA batteries (not included) and measures just 9.8 x 4.8 x 6 inches, making it an ideal accessory for travel or just the day-to-day portability of a backpack.

Aside from the letters and numbers, it has shift keys on both sides and it works great.