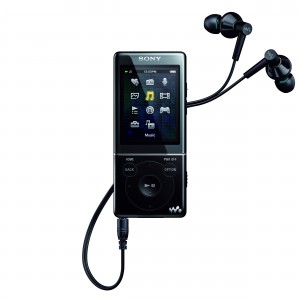 For years I’ve been a digital music junkie with a variety of devices but it’s still kind of cool to go back to the player I used in high school – a Sony Walkman.

Photos and video’s are viewed on a 2-inch LCD.

Music and video’s are loaded into the player with ease from Windows media player or iTunes.

The internal battery is rated to work for 36 hours of music playback or up to 6 hours of video watching.

Great-sounding hybrid silicone soft EX earbuds are included with the digital player that also has a built-in FM tuner.

While it comes with instructions, they aren’t really needed to work the player. Everything loaded and played with ease but I did kind of miss the static I used to get from my original Walkman of the 1980’s

Additional features include two pre-installed Sudoku and Tetris-like games, a microphone,  a clock and alarm features.

Built into the internal software is a feature called SensMe tone analysis, which will group your music based on beats-per-minute. 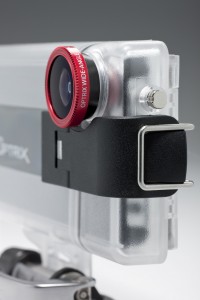 The XD Sport from Optrix transforms your iPhone into a rugged action sports camera.

Once your iPhone is mounted in the water resistant case, the included mount can be put on a bike, boat, plane or even your dog if they cooperate – obviously mine did not.

The three-element glass lens has a 175-degree field of view for capturing an ultra-wide angle image.

As for the case, it’s military grade, which means it’s rugged and can withstand drops and bumps a lot more then the average case or keeping the iOS device caseless.

It’s built with a polycarbonate shell with a rubber interior to protect the pricy smartphone and is waterproof up to about 20-inches. Your devices touch screen is fully accessable through the 0.5mm-thick touch screen membrane

It’s available in different bundles depending on how you want to mount it with flat and curved mounts.

The motorsports bundle has a tripod mount and a suction cup or with the H20 bundle you get what is referred to as the strongest suction cup you can buy.

This includes an indicator to alert users to any loss of pressure where the suction cup can become detached.

Currently the system is available for the iPhone 4/4s and is not designed for the iPhone 5 but a company spokesperson indicated the Optrix is in the process of tailoring for the newer models. 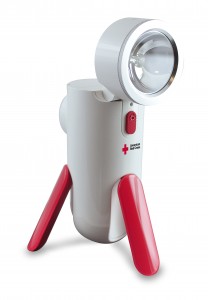 You can’t predict a roadside emergency but you can count on Eton’s Road Torq self-powered emergency kit to fire up with the needed light to help get you through the problem.

The American Red Cross has their approval and logo on the light, which has a 1.7 W LED flashlight with 90 lumens.

It’s built with a rechargeable lithium-ion battery;  to charge it up, you use hand turbine technology, which translates to you cranking it.

For every two minutes of cranking you’ll get about 15 minutes of power. Three legs fold out to keep it standing on its own to shine a single watt LED spotlight built with an adjustable head.

You can also plug it into a cars DC outlet for power.

Nationwide is an insurance company whose commercials we’ve all seen. The company also puts together a smart, sleek capabilities brochure. The brochure communicates with concise writing, well designed graphics, and interesting photography. The layout allows the reader to take in the information without being overwhelmed. The brochure manages to tout the companies capabilities without getting bogged down in superlatives or hyperbole. 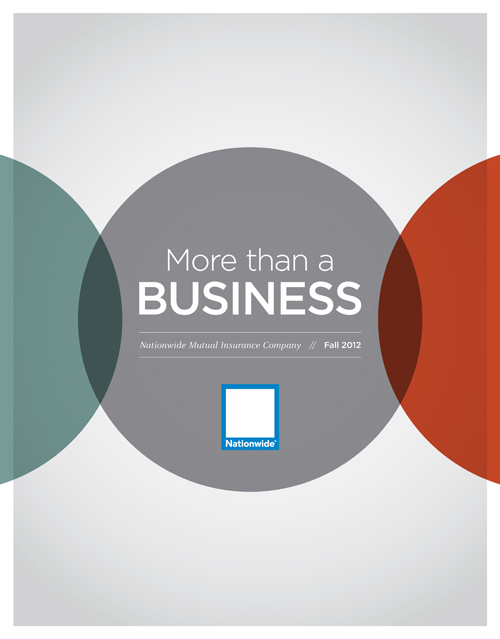 Annual Reports come in all sizes and varieties. Though they serve a very important function for corporations, universities, non-profits, and NGO’s, often they are not the most exciting publication off the presses. With a name like “Purdue Office of Technology Commercialization 2010 Annual Report”, you would expect a technical and not so exciting report. But Purdue does things a bit differently. This annual report contains unique design techniques along with bold graphics and exceptional photography. If you were wondering what this office does, it commercializes the university’s intellectual property. 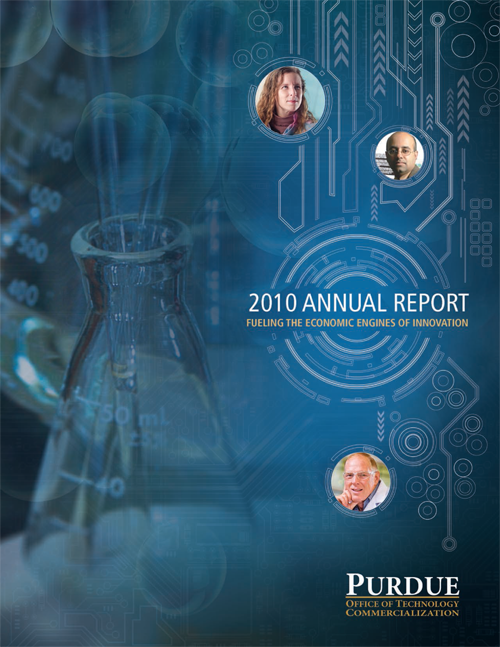 There is any number of diseases in America vying for recognition and awareness. Cystic Fibrosis received a huge boost this past year through a social media campaign created by Novartis Pharmaceuticals Corporation and Chandler Chicco Agency . Singers Ali, age 22, and Christina Christensen, age 15, were recruited to help. They are sisters with Cystic Fibrosis who appeared In 2010 on America’s Got Talent. A song and video were created called “Something About Me”

Using the song as a hook, the agency conducted a multi-faceted campaign that utilized media tours, traditional and online PR, and social media. Millions of people were touched and reached across media platforms. CFvoice.com enrollments jumped by 96% and traffic increased by 750% just in the first week of the launch. 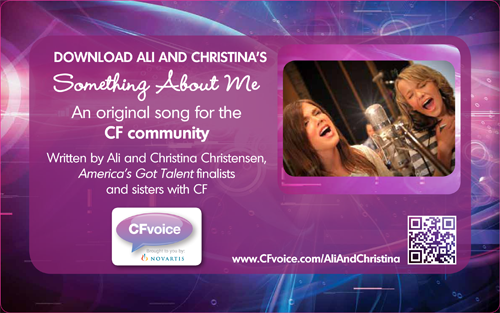 Here’s your marketing situation. You have a life insurance product called life settlements that is not well known and somewhat difficult to understand. It is not fun, sexy or interesting. Your target audience for the product is seniors. And by the way, you have less than a million dollars to spend on a national campaign. And to make things more challenging, the communication method of choice is viral.

What do you do? Hire Betty White. She is fun, sexy, interesting and most importantly credible. The Lifeline Program gives seniors the opportunity to cash in their life insurance policies before they die. Betty White is vouching for this product, so it must be a good thing. While the target audience for the product is seniors, success may ultimately rest on whether their sons, daughters and other influencers understand and endorse the program. Reaching these baby boomers is also important because they are the customers of the future.

The Lifeline Program produced a music video remix with Betty rapping with British dance star Luciana to her #1 hit “I’m Still Hot”. The video premiered on Good Morning America and has been a YouTube sensation. The I’m Still Hot Remix is a hot commodity on iTunes with most of the proceeds benefitting one of Betty’s favorite charities, the Los Angeles Zoo. The Lifeline Program also produced radio spots and a social media site called “Betty’s Corner” which further embellishes the brand. 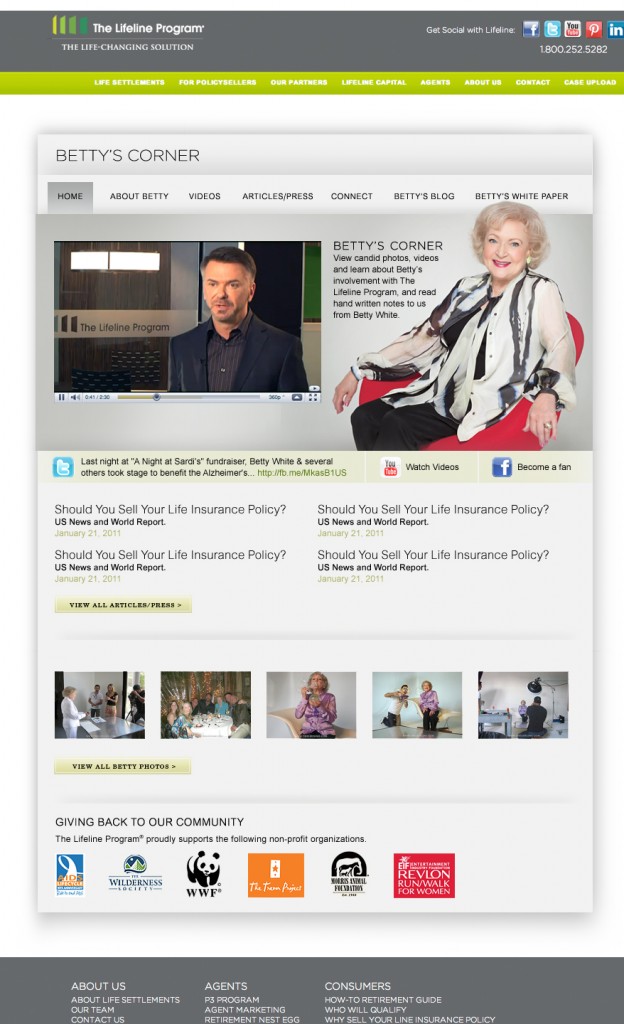 Northlich Agency in Cincinnati prides itself as a storyteller and it often does just that with one picture. Cincinnati Ballet sought Northlich’s expertise in designing their 2012/2013 Season brochure. Passionate supporters of the organization, Northlich agreed to design the brochure at no cost. The cover is a compelling portrait of dancers atop a building block of words. The brochure received national accolades, but more importantly, it drove people to the box office. 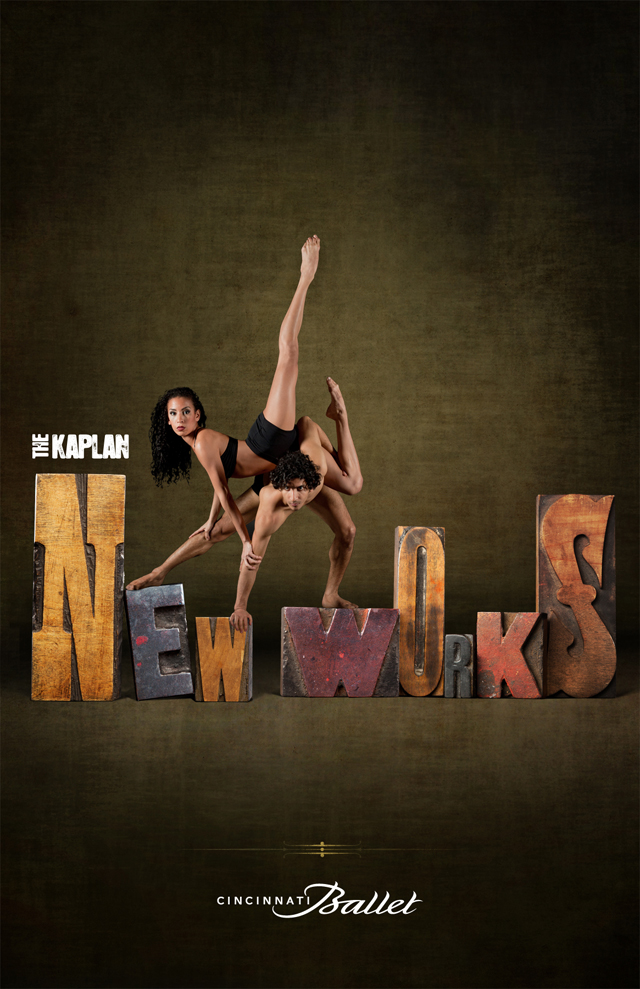 Some of Northlich’s other work includes Peter Frampton’s long lost guitar interposed over a dancer. 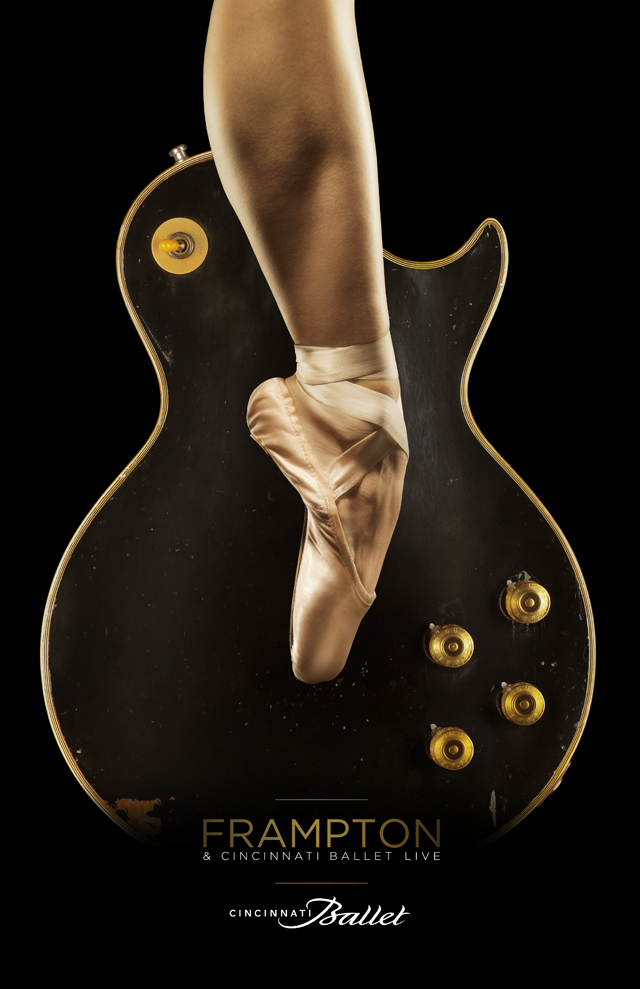 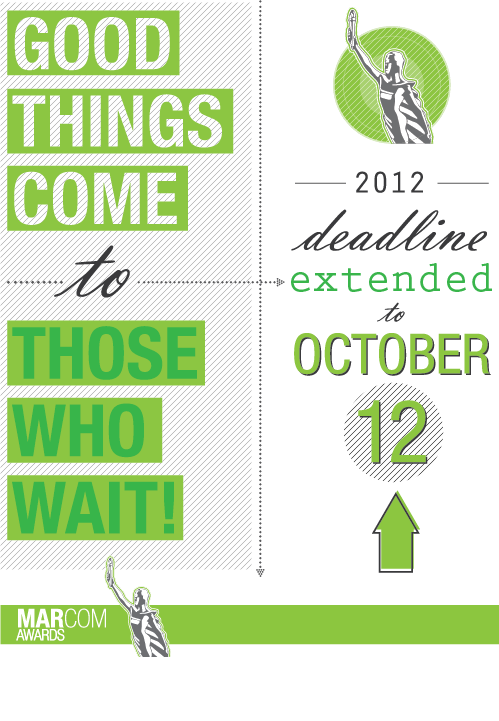 The Power of Visual Story Telling

Let’s face it. We have all had the task of communicating a topic or point that is either too vast or too difficult (boring?) to get our point across in just words. This world has us texting, tweeting, and face timing so fast we can barely hold our attention longer than 5 minutes.

What was I talking about?  Oh, right. Visual Storytelling.

More and more PR + Communication + Marketing firms are using infographics to visually communicate their message. Larger graphics and bolder colors grab our attention. Column Five is a leader in this latest movement of infographic communication. Their graphic design is outstanding, keeping you engaged in whatever subject matter possible.

Column Five’s book gives you all the insight you need into the value of infographics and how to best implement visual storytelling into your daily marketing and communication strategies.

If nothing else, buy it for their awesome graphics. Well done. 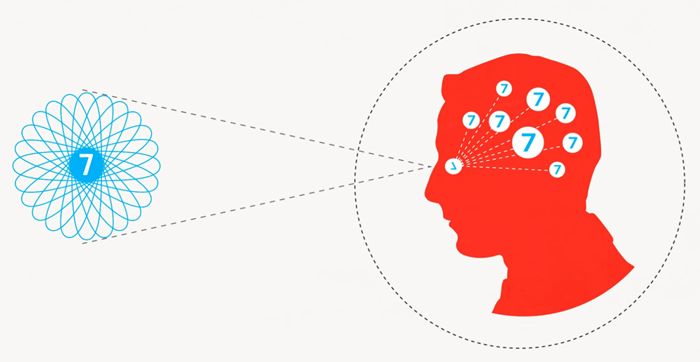 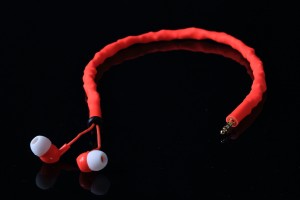 The CordCruncher is one of those gadgets that seems useless when I first read about it but think it’s pretty cool after I’ve had a chance to use it.

There isn’t much to it: a set of earbuds whose cord is encased in an elastic sleeve. But the cool thing is that stretches from16 inches to 3.5 feet and stays tangle-free the whole time.

To stretch them out, you carefully extend the earbuds out of of the sleeve and to retract them you just hold both ends of the sleeve extended and the headphone wire shoots into the sleeve.

Then you can just roll it up in a ball and you’re all set for the next time you want to use them.

The company states that the elastic sleeve is made from a hypo-allergenic material and it works very well to give you decent sound and to conquer their main objective: keeping the headphones’ cords tangle free.

There isn’t a microphone on the cord for hands free calls, but for $20 they are more than worth the money since you get the earbuds along with a cable management system. 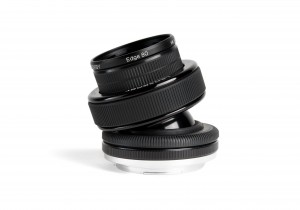 The Lensbaby Edge 80 Optic is the newest in the interchangeable optics for the Lensbaby System. I tested mine in the Composer Pro.

If your not familiar with Lensbabys, they are are system of lenses designed to capture a circle of focus surrounded by a soft blur and are available in mounts for most of today’s digital SLR cameras.

What makes the Edge 80 different from all previous Lensbaby optics is it gives you a slice of tack-sharp focus through your image bordered by soft blur (instead of a circular sweet spot of focus.)

I used mine during a portrait session and really liked the look it gave my photos. The look combined with the ease of changing aperture and moving the slice of focus really made my session fun and easy. 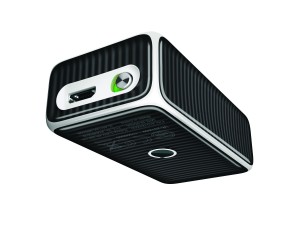 The pocket-sized Logitech Cube is a multifunctional device that works as a mouse and as a presentation remote with a range of 85-feet.

It’s shaped, oddly enough, just like a cube so it takes a little getting us to use as a mouse since it’s nothing near shaped what most everyone would be used to.

As for the mouse features, it has a right click button in the center and a left click button up front. A USB port and a power button are on the back for keeping the internal Lithium Ion battery powered up.

As for its presentation features, it was pretty easy to flip through slides backwards and forward, once you get used to what button does what.

For example, to flip pages backward you have to flip over the Cube while clicking the main button and you press the top to go forward to the next slide or page.

It also comes with a Logitech Unifying USB adapter to plug into your computer for a wireless connection without needing any software for the mouse or to use the presentation features.

The Unifying receiver can connect up to six selected mice and keyboards at the same time. You can find specific information on which products on the Logitech site.

West Virginia University has produced one of the most visually creative commercials seen anywhere….local television or national network.  The spot promotes the University’s diverse offerings from academia to sports.  The producers combine arresting graphics with sensational cinematography that draws viewers into the campus.  There are some great visual shots including a sequence where the camera follows the swimmer into the pool. The commercial is nicely pulled together with an energetic and fun musical score.