Boston based Mullen was looking to increase Century 21’s profile among consumers between the ages of 25-34. This coveted age group represents the largest share of homebuyers. How people shop for homes has drastically changed in recent years and Century 21 wanted an innovative way to tap into the seismic shift. Mullen created a digital campaign that integrated social media with the gaming community. Research shows that 81 million people play social games and that 27% of them are either buying homes or thinking about it. Mullen partnered with SimCity to put Century 21 in the game. Players could place Century 21 offices into their cities and win bonuses. Almost 200,000 gamers took advantage of the offer. The campaign also created a huge jump in Facebook likes and generated a number of media stories around the country. 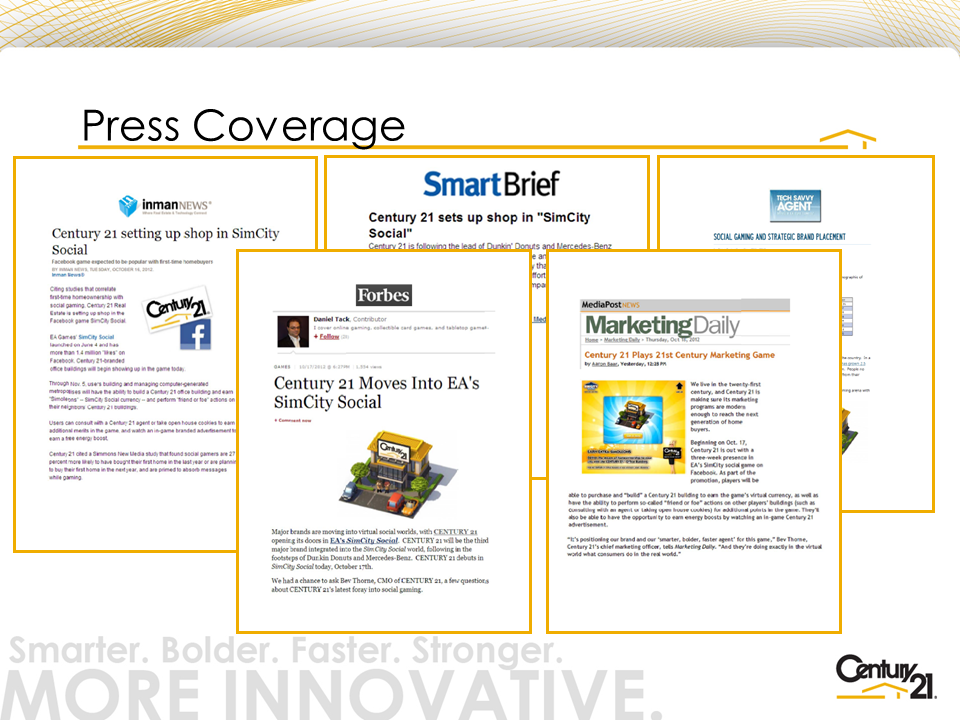