How do you visualize something you can’t see?  The Chapter Media of New York City created a commercial that captures both the beauty and practicality of wind.  Using breathtaking cinema photography and imagery, the commercial turns a message into a movie.  Wind power anyone?

You don’t have to be a snowboarder to enjoy this website.  Through incredible animations, Dutch Monaco transports players to the ends of the earth.  Vicarious thrill seekers hurl down mountains in Siberia and blaze through snow tunnels in Antarctica.  The web animation was created for Canadian gaming company EA Sports for its Super Snowcross video games.  You don’t have to own a PS2 to go on this ride. 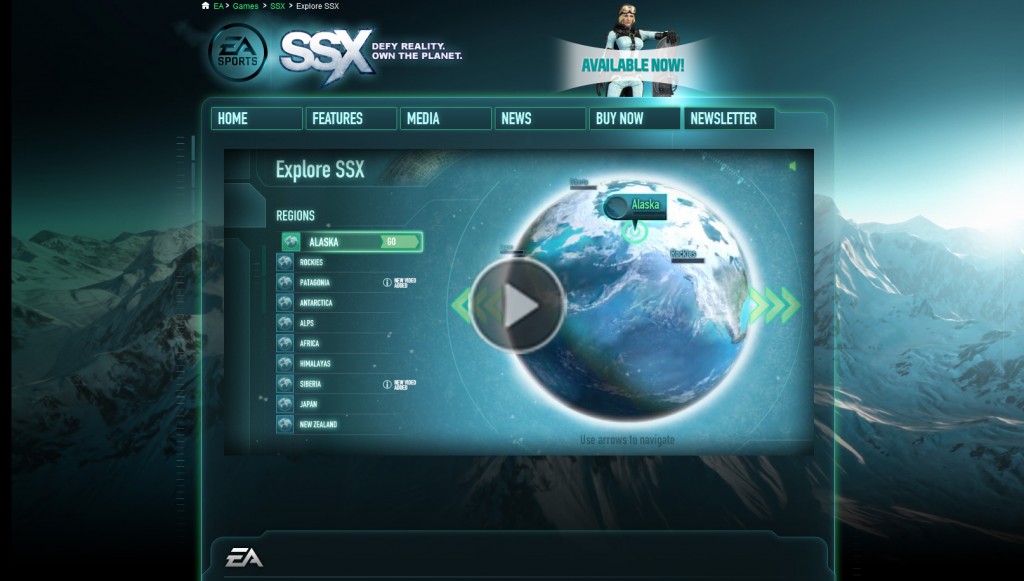 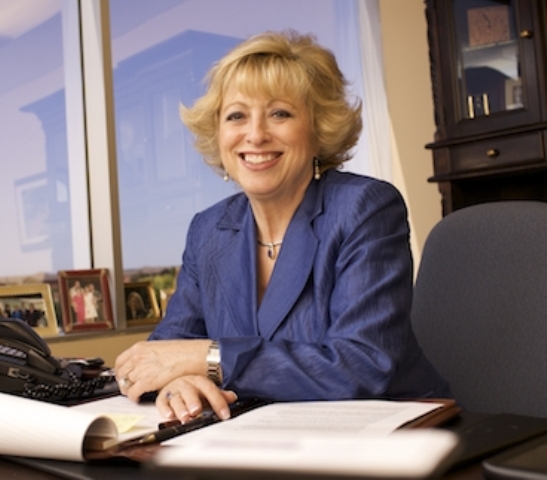 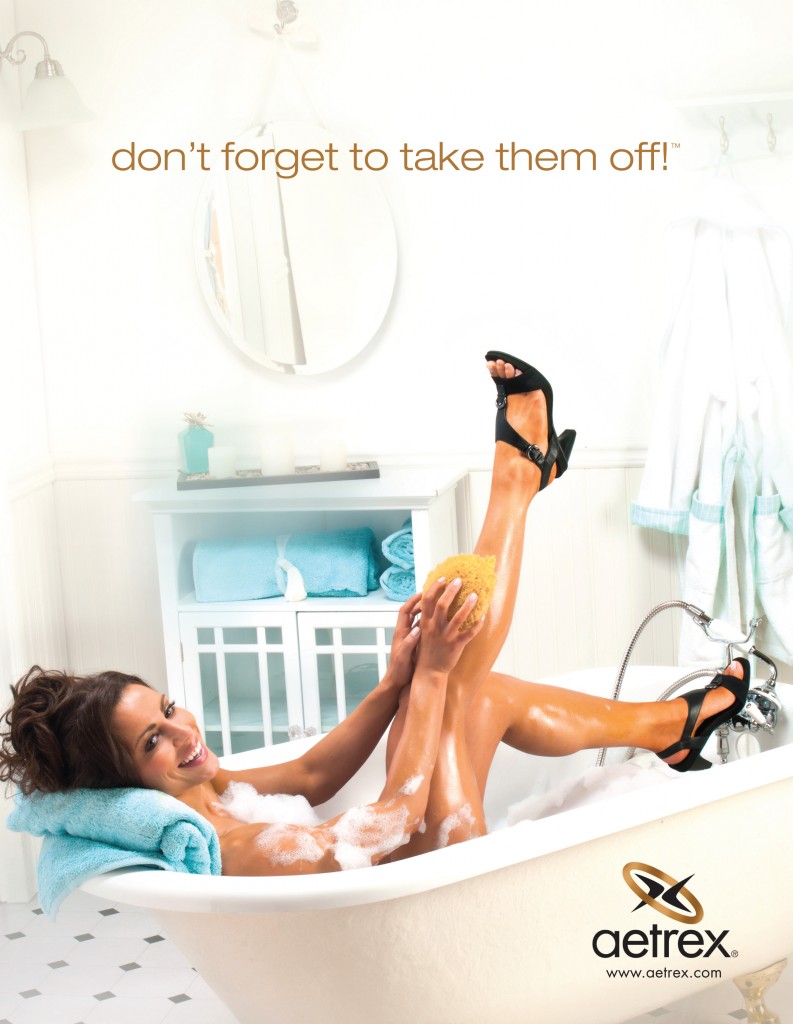 A newspaper mogul once remarked that to sell newspapers all you need is a picture of a pretty girl, a child, and a dog.  Aetrex Worldwide dropped the kid and the mutt but still managed to make an impression.  Using a a wink and a nod approach to sell shoes, Aetrex placed a pretty woman into a bathtub and captioned the image, “don’t forget to take them off.”  The colorful ad graced the pages of CondeNast Traveler and Lucky Magazine.

With dvd’s, computers, Internet, ipods, gaming, and cable television within easy grasp of most kids, reading would seem to be lost among the competition for attention.  When’s the last time anyone went to a public library, especially a child?  The Columbus Metropolitan Library faced a daunting task–get people reading again.  The Summer Reading Program built a fully integrated campaign around the theme, “Be a Hero. Read”.  The CMS reached out to the community using social and traditional media.  Logos, graphics, and celebrities also were brought into the marketing mix. The creative campaign resulted in a 20% increase in participants.  Almost 90,000 kids, teenagers, and adults signed on to be ‘heroes’.  Reading is alive and well in Columbus, Ohio. Community Heroes YouTube page

This is so simple and straight forward that it would even hold a doctor’s attention. 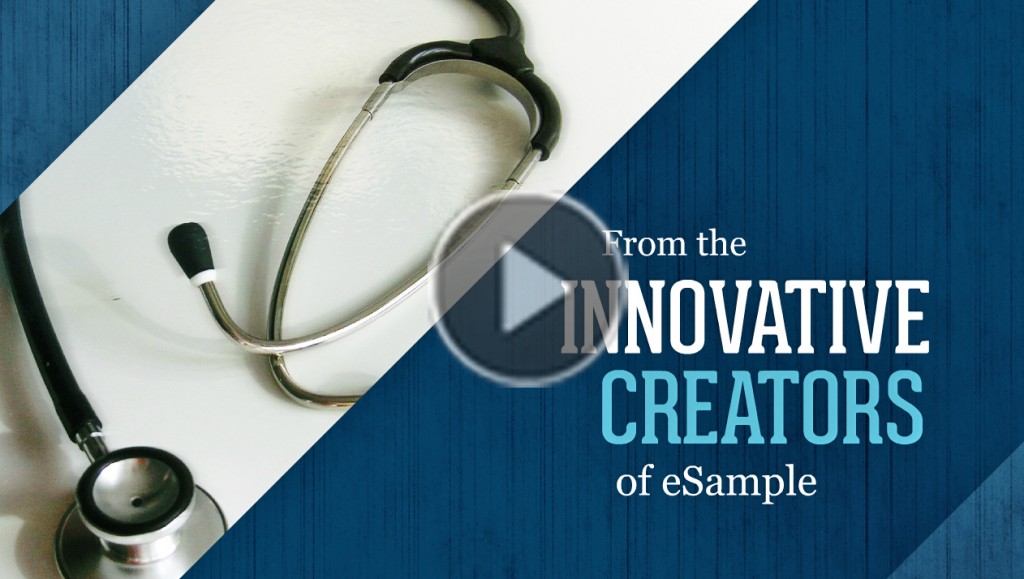 We all get direct mail pieces every day. The challenge is obviously to stand out among the competition. In 18 years of marketing and communication competitions, nothing has stood out more than DAR, Inc.’s self marketing piece. It arrived in a square box that was three-feet tall by three-feet wide. Inside was the DARn Red Ball along with an oversized marketing piece that on one side details creative uses for the ball and on the other side, the Red Ball theme is carried over into marketing messages for DAR’s services. Wait there’s more. There is also a website they bounce you to (DAR’s words) where you can design and share your creative uses (www.thoseDARnRedBalls.com). This is a fun marketing piece that attracts attention for DAR’s direct marketing services, and even after the thrill is gone, it is impossible to throw the thing out. That darn red ball will probably be around our office forever. 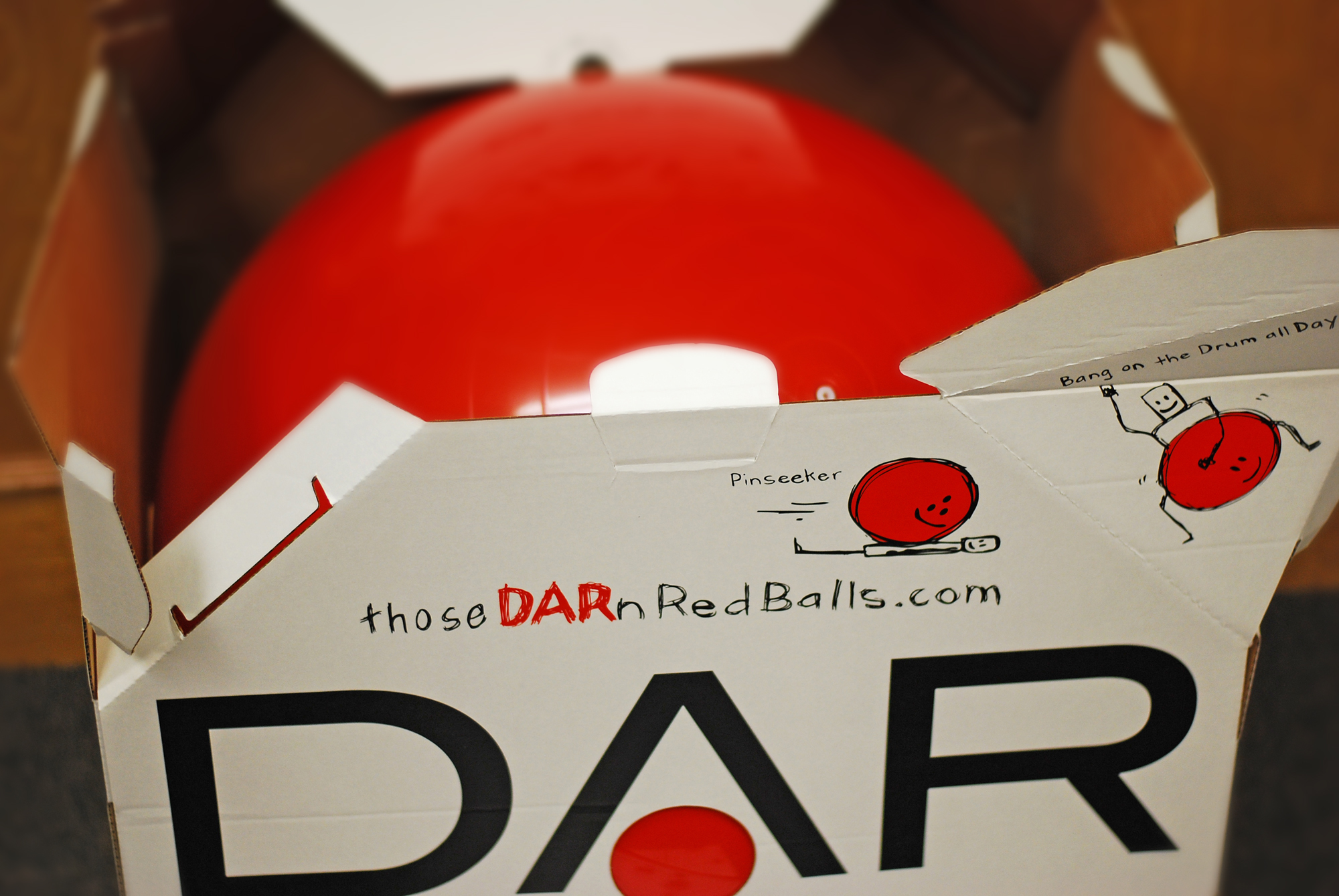 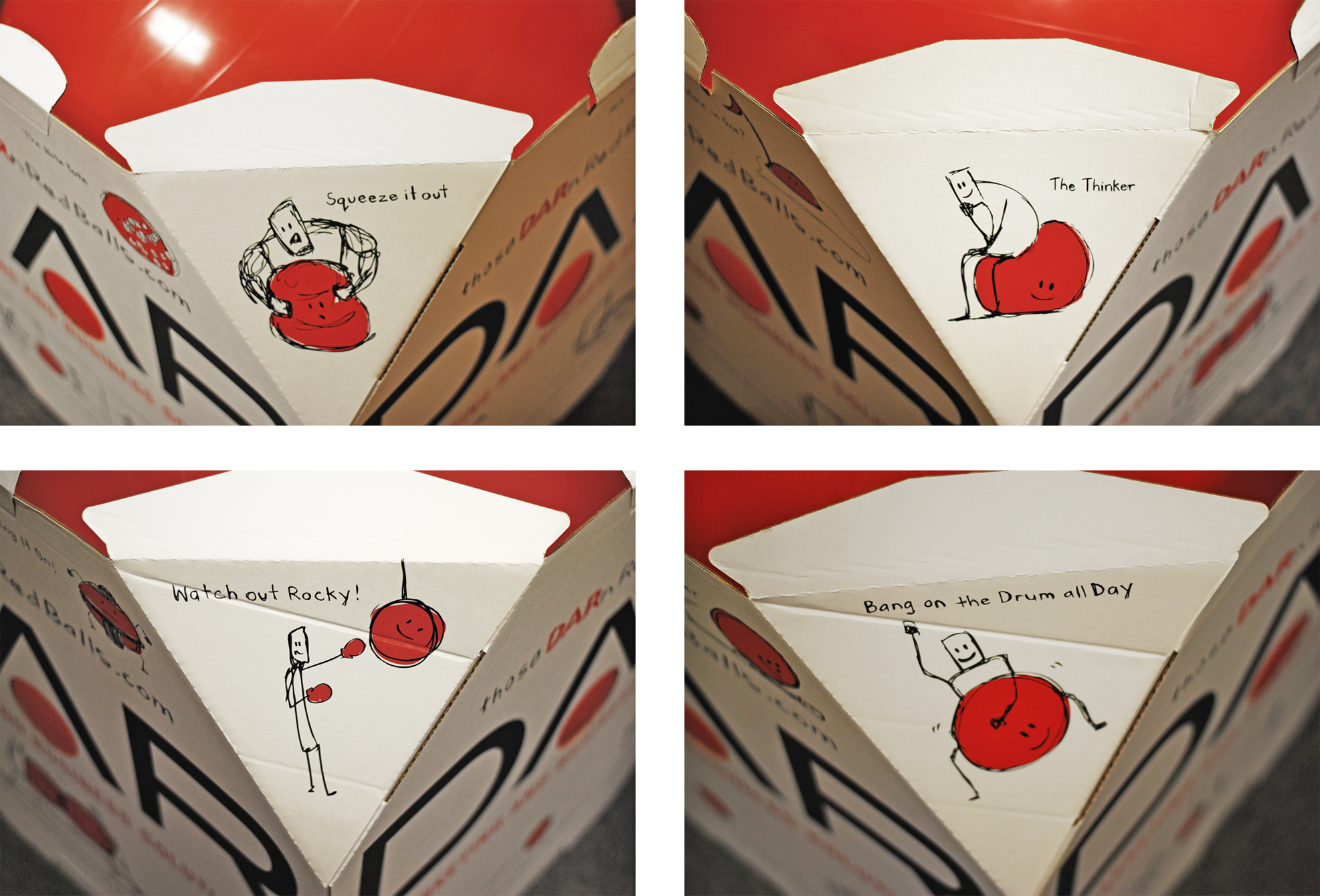 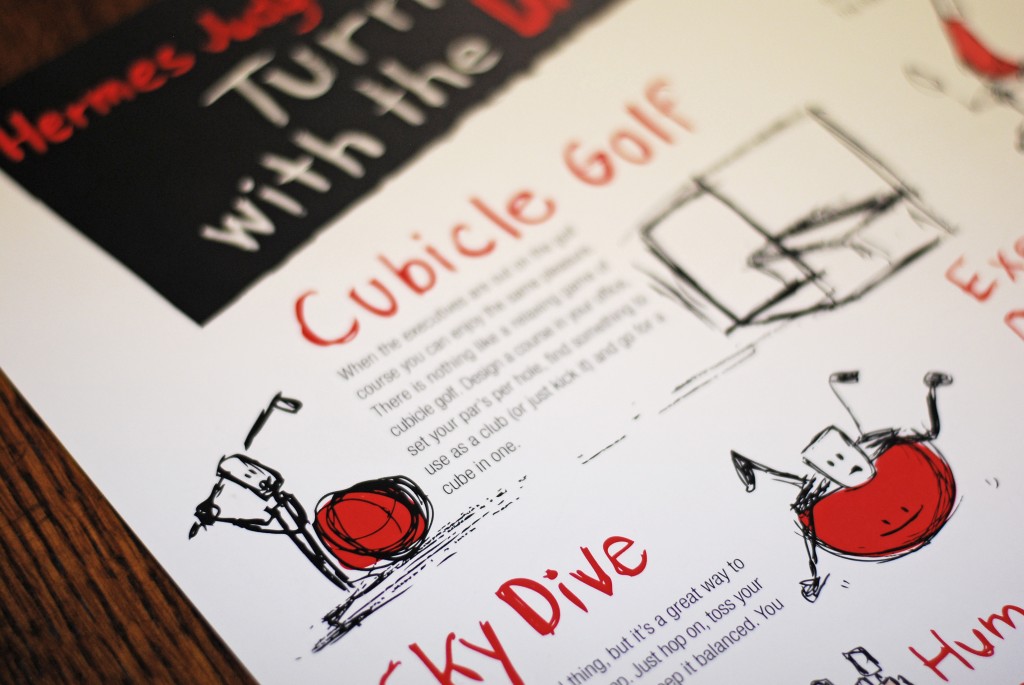 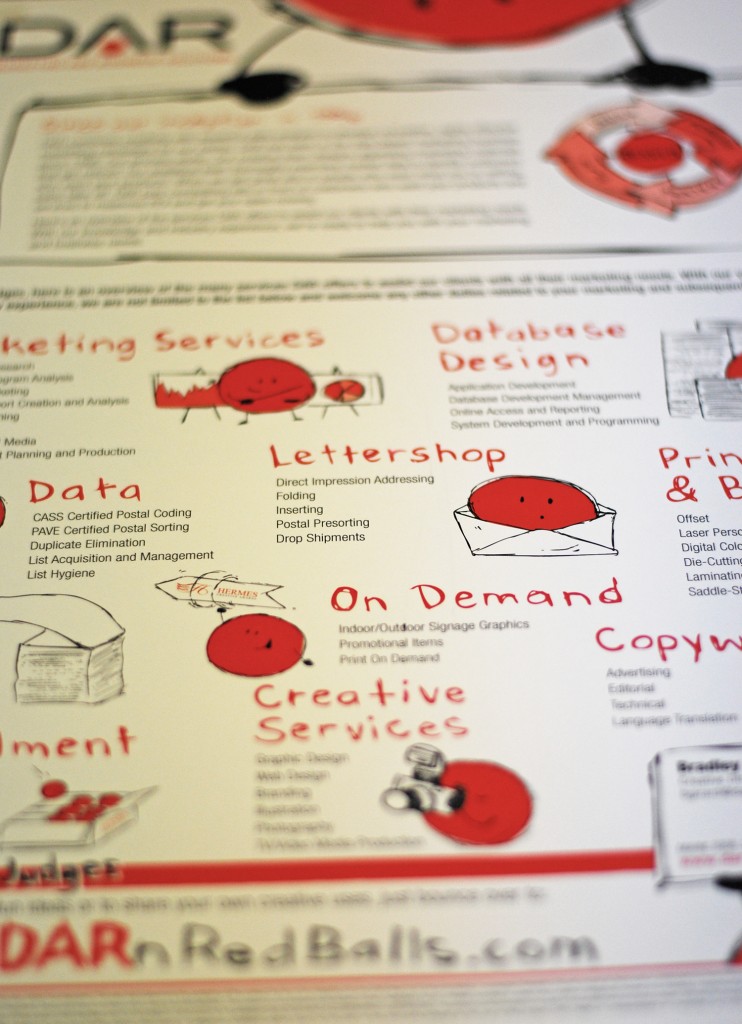