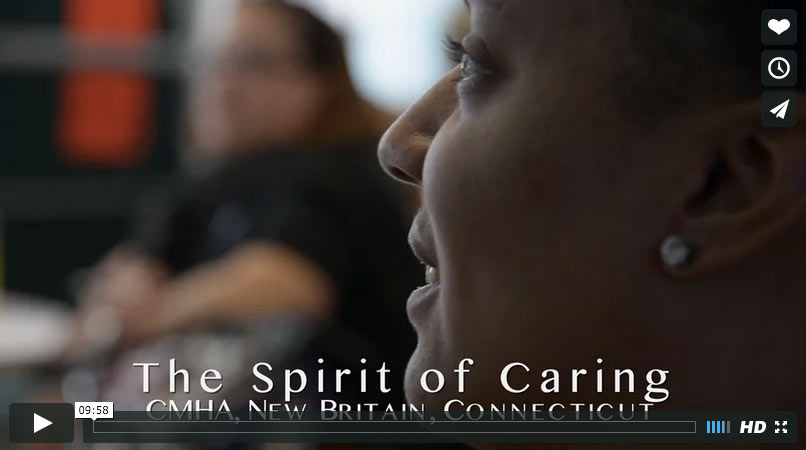 When designing and implementing a corporate social responsibility (CSR) plan, professionals must look outward at community initiatives as well as inward if they want to create an all-inclusive strategy. Few companies have broad plans that address CSR at every level; however, Alliance Data is one of the rare ones that does and it has its strategy laid out in a well-documented plan.

To learn why the company, recently named one of the world’s most admired companies by Fortune, decided to create a formal strategy, we spoke with Danielle Ricketts, external communications specialist for Alliance Data. Ricketts was also able to give us a glimpse at its results inside and outside the Texas-based business.

Q: Alliance Data’s approach to corporate responsibility is comprehensive, covering not only community service but also other efforts that result in positive change and improved business practices. Why did leadership decide to create a formal strategy, and how has it affected Alliance Data overall?

While the winners for the 2014 MarCom Awards won’t be announced for a while, we’re showcasing select entries that stand out. Keep checking back to see if your work will be highlighted. Organization: Vision Internet Location: Santa Monica, California Title of Entry: “City of Reno, NV Website” Category: 178. Government What’s front and center on most municipal websites? Most […]

While the winners for the 2014 MarCom Awards won’t be announced for a while, we’re showcasing select entries that stand out. Keep checking back to see if your work will be highlighted. Organization: La Salle University Location: Philadelphia, Pennsylvania Title of Entry: “Lasallian Day of Giving Microsite” Category: 189. Microsite Microsites are handy for communicators if you want to […]

Individual: Genesis Health System Title: “Meeting Community Health Needs” Location: Davenport, Iowa Category: 3. Leadership in Skills-Based Community Service Good health should not be taken for granted when trying to create a strong, prosperous community, according to the team at Genesis Health System based in Davenport, Iowa. Leveraging their expertise and resources to enrich the lives of people in […]

Giving back to the community is something many companies do, but how many businesses serve their local citizens every week? And how many have been doing that for more than four years?

The Lone Star State has at least one business with such a strong devotion to giving back, Texas NICUSA. The private company operates Texas.gov, the state’s official website. Beyond overseeing the site, Texas NICUSA’s 100+ professionals take a more active role in the Austin area, helping all sorts of organizations from Austin Children’s Shelter to Meals on Wheels and Capital Area Food Bank of Texas.

To find out more about how the company fosters a culture of service and how it decides which organizations to help, we chatted with Lisa Carrell, senior marketing associate with Texas NICUSA.

AMCP is constantly getting calls and emails from people volunteering to be judges. Everybody wants to see what the great innovators and creators are doing. In recent years, it has especially been exciting to see the progression of digital development and interactivity. For years, we have enjoyed the groundbreaking work of Pacific Technology Solutions (PTS). Based in Irvine, California, PTS is a pioneer in developing learning technology for the automotive industry.

It wasn’t that long ago that automotive training was revolutionized through the use of video. A mechanic at a local dealership could just pop the tape in the VCR and learn how to fix something. Today, Pacific Technology Solutions is developing web-based applications for eBusiness and eLearning software that can be experienced anywhere on a personal digital assistant.  And by the way, their training courseware and business systems are designed to incorporate in to and extend previous investments in IT and operational infrastructure. While the judges may not know what any of this is, they do know that the current training methods are far more graphic and easier to understand than the old ones.

In addition to being honored as one of the most prolific winners in MarCom Awards history, PTS’ software applications and training courses have been used by global, Tier 1 OEMs such as Hyundai, Toyota, Honda, Nissan, Audi and Volkswagen.

To learn more about Pacific Technology Solutions, we asked one of PTS’ principals and owners, Tony Rotundo, how his company is always prepared for technological advances and what’s ahead.

With rapidly changing technology, public relations and marketing firms have to constantly evolve to achieve effective results for their clients. Adapting is the only way a company can ensure future success.

Serving a variety of business from start-ups to Fortune 100 companies, Copernio, a full-service public relations firm, has found a way to continue to creatively and effectively tell their clients’ stories through traditional and digital media.

In the company’s 55-year history, its team has launched many critical technologies including carbon composites, the first commercial satellites, the DVD standard, the first consumer MP3 player and many more.

To find out how the company has remained an industry leader throughout the years, we picked the brain of Copernio president Susan van Barneveld, APR.

Educate & Motivate: The Story Behind the Save Salt River Bay Website Created By Eclipse Marketing Services

Giving Back Through Marketing and Communications: GoodThree

Throughout the years, AMCP entrants have submitted more than 2,000 pro bono entries. While that is a lot of work donated to nonprofits, we’re sure it is only a small percentage of the time, money, effort and skill that our entrants give back to their communities. Throughout the next couple of months, we’re profiling some […]