While the winners for the 2014 MarCom Awards won’t be announced for a while, we’re showcasing select entries that stand out. Keep checking back to see if your work will be highlighted.

Microsites are handy for communicators if you want to keep the audience focused on the task at hand. In this case, La Salle University leveraged a microsite to support their first Lasallian Day of Giving, a 24-hour fundraising campaign that celebrates the founding of the university on March 20, 1863.

To create an engaging experience that makes visitors feel like they’re part of something bigger than themselves, La Salle incorporated a hashtag for the event and included a social stream and real-time donor list on the microsite, so people could publicly show their support and encourage others to get involved.

The web development team was also aware of the prevalence of mobile devices, leveraging responsive design to make sure the site was functional on all devices.

The strategy, content and microsite structure delivered results – La Salle passed their initial goal of 320 donors, set a new one of 640, and by the end of the day, the school had more than 869 donors contribute on the first Lasallian Day of Giving, raising more than $84,000. 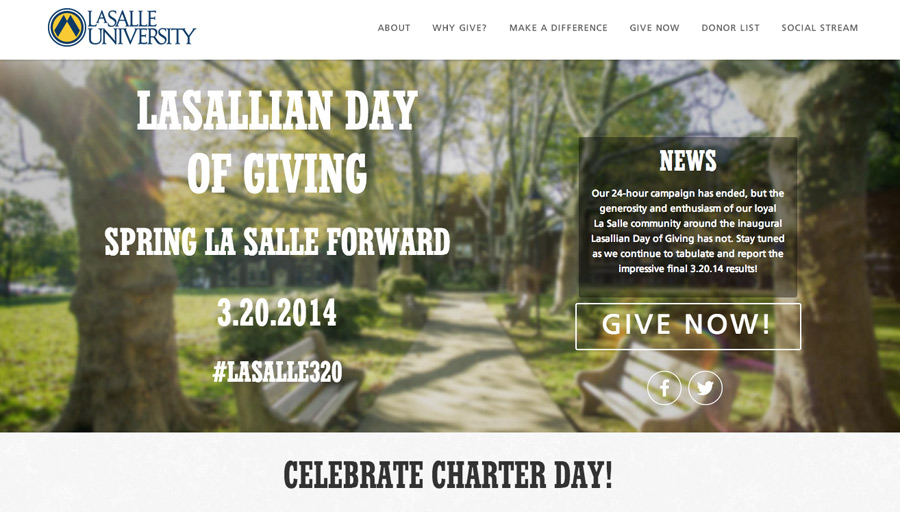