Producing a “White Paper” can be a monumental task. Unfortunately, it also can be a monumental task reading the report. The PR firm of Porter Novelli are communications specialists who know how to gather intense data and transform the facts and numbers into a compelling paper.
Recently the American College of Rheumatology hired the firm to educate the public about America’s number one cause of disability. Porter Novelli wrote an outstanding report on rheumatic diseases– their causes, effects, and solutions.
The writing is crisp and concise; the photography solid and relevant; the graphics creative and descriptive. The authors took a dull subject with cumbersome facts and created a work that shines. 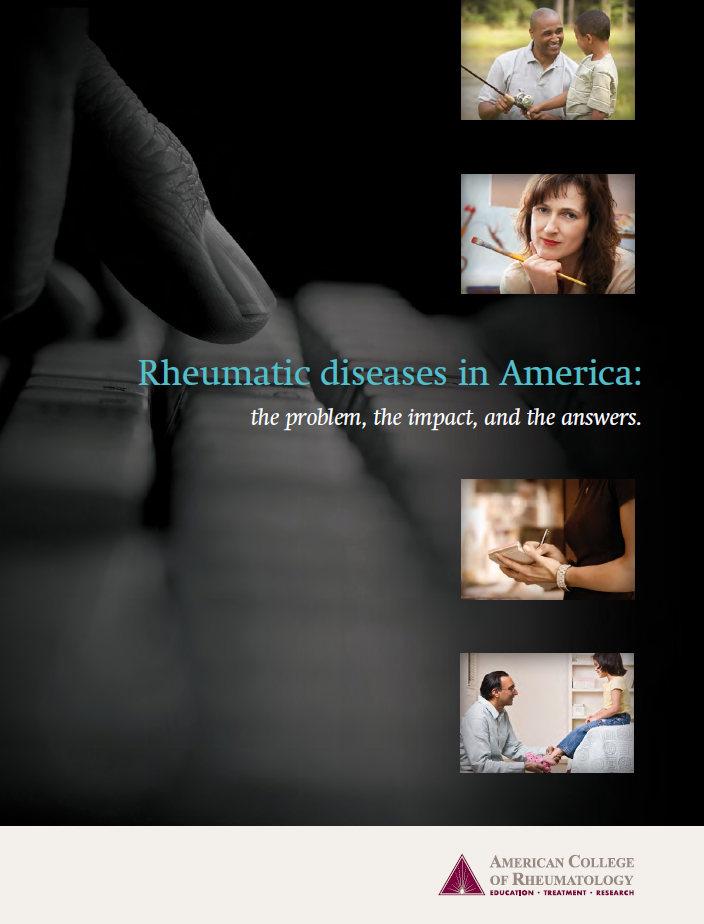 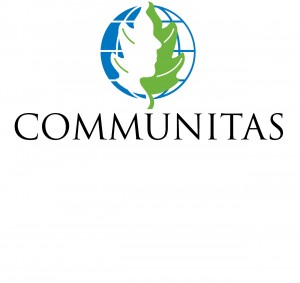 Union Bank  places a strong emphasis on diversity, inclusion and service, both in its communities and among its employees.

Union Bank reaches out to its community through various diversity programs and sponsorship of charitable causes.  Each year, two percent of the previous year’s net profit is committed to worthwhile charitable causes.  Union Bank created 15 award winning videos that air on local PBS stations to highlight the diverse leaders throughout history who forged new ground and helped build communities.

From its Board of Directors, to its employees, Union Bank strives to reflect the diversity of the population with whom it does business. Union’s Board of Directors includes over 55 percent minorities and women. Its senior leadership is also 55 percent women or people of color. Sixty two percent of Union’s overall workforce consists of women and 56 percent are people of color. 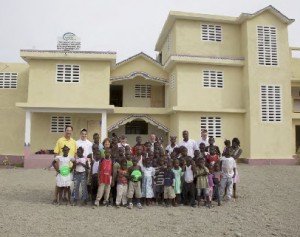 The Reliv Kalogris Foundation provided funds to build the children’s home and is also providing free nutritional supplements to the residents. The home is built in the Petite-Anse neighborhood near Cap Haitien. The Reliv Foundation partnered with the Cathedral of Cap Haitien and a social welfare committee called “Nous et les autres” (meaning “We and the Others”). The social welfare committee has cared for indigent and impoverished children in the Cap Haitien area for 34 years. Prior to the earthquake last year, the committee served 20 children who are also moving into the new home. The home has the capacity to house 80 children. “The extraordinary generosity of Reliv distributors and employees makes it possible for the foundation to help malnourished children in Haiti and elsewhere,” said R. Scott Montgomery, chairman of the Reliv Kalogris Foundation. “The Foundation provides free dietary supplements to 270 feeding programs in 10 countries,” he added. In Haiti alone, the Foundation is currently nourishing over 10,000 children in 45 schools, orphanages and clinics.

The children’s home is a stand-alone structure that has two dormitory-style wings on an upper floor over the fully furnished kitchen and two dining halls that can also serve as study rooms and recreation areas. The goal is to give these children a home-like atmosphere, provide education and job training for the older children, and supply nutritional supplements on a daily basis.

About the Reliv Kalogris Foundation

The Reliv Kalogris Foundation, founded in 1995, is named for the late Dr. Theodore “Ted” Kalogris, who created the nutritional formula what would become Reliv International’s first product. You can get more information on the Foundation from Facebook or their website, www.relivkalogrisfoundation.org/US/EN/home.html.

The much anticipated Facebook design change will roll out later this month. Facebook’s “Timeline” theme will feature a larger profile picture in addition to larger wall photos. Important posts and milestones will be kept in chronological order, telling a story of how you and your profile have evolved through the years. Other notable changes to the site will be a new administration panel that will help track site performance, and the ability to “pin” important posts or photos to the top of your page. Read more on Facebook’s new look and the topics of discussion from the inaugural Facebook Marketing Conference, here, and here.

Example of a tribute to Steve Job’s Timeline page 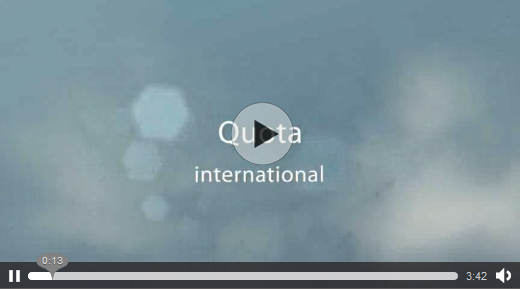 Quota’s Hand-in-Hand World Service program serves people in dire need in developing countries. It connects 6,000 Quotarians around the world who care with Quotarians in 19 Quota clubs in India, Fiji, Malaysia, the Philippines, and Suriname who have designed unique service projects to meet the needs of their local communities. Quota members are all volunteers who enjoy working together to make an impact in their community and their world.

Marketing Job at Non-Profit in Florida

The Arc of Florida, a 501c (3) Statewide non-profit based out of Tallahassee, Florida is seeking a Marketing Executive. The Marketing Director will be responsible for brand management, the development and implementation of marketing strategies, cultivating corporate relationships and public relations. A minimum of 5 years of experience in marketing, communications or public relations is required.  A Bachelor’s degree in communications, marketing or public relations is preferred.  A successful candidate must demonstrate experience in developing and managing long term marketing strategies, communication skills, and production of relevant materials.
Go to www.arcflorida.org and click on the News & Events tab. Applications will be accepted until March 23, 2012.

United Health Care has created a multi-media website that engages its stake holders with humor, witty writing, wonderful directing, and interesting photography.  The series of videos explain everything from potential health problems to filing procedures.  UHC takes complicated issues and breaks them down into an understandable language…no simple task when talking about American health care and insurance.  It also helps that there are some famous faces to deliver the message.  http://www.uhc.tv/ 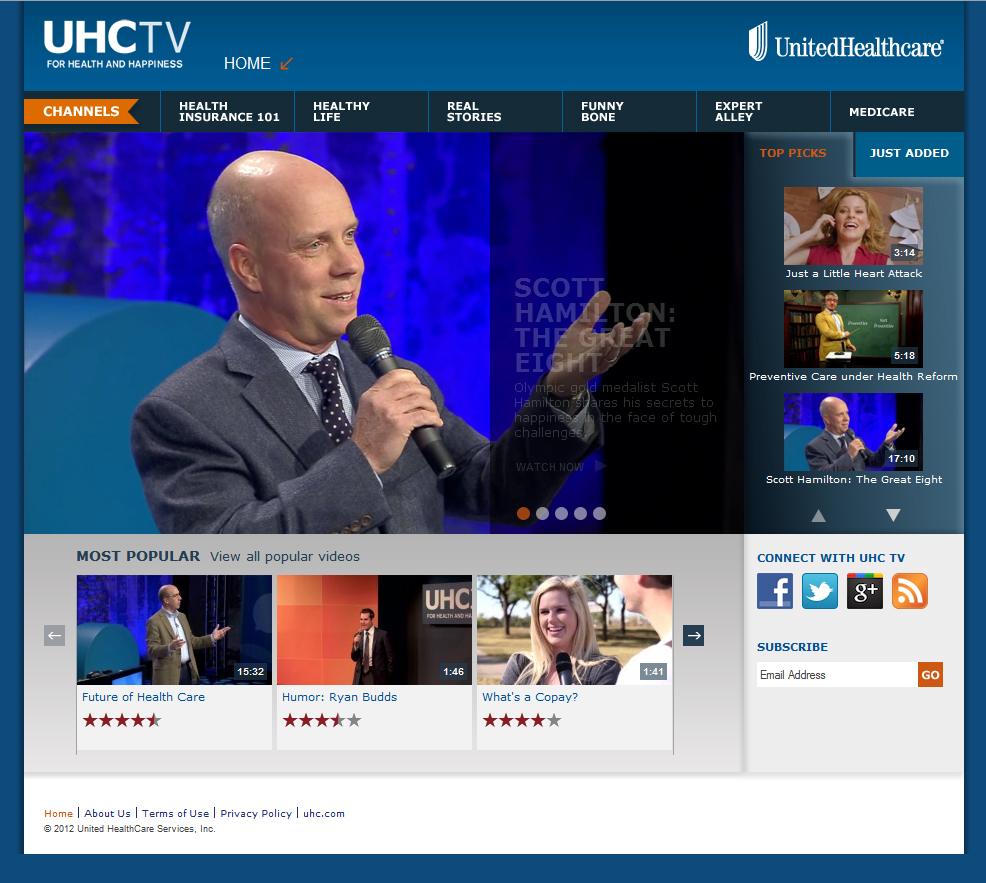