Television placement takes many forms and shapes – everything from a mention on a program to interaction with the anchor/hosts. Also the bigger the show, the better the rewards.

Tough Mudder is a competition that takes place, well, in the mud. It’s a race of sorts that promotes camaraderie while testing endurance. The competition is held all throughout the country.

What a better way to promote the event than a placement on NBC’s Today Show. But, Tough Mudder did even better – much better. The whole on-air staff competed while 5 million viewers watched. 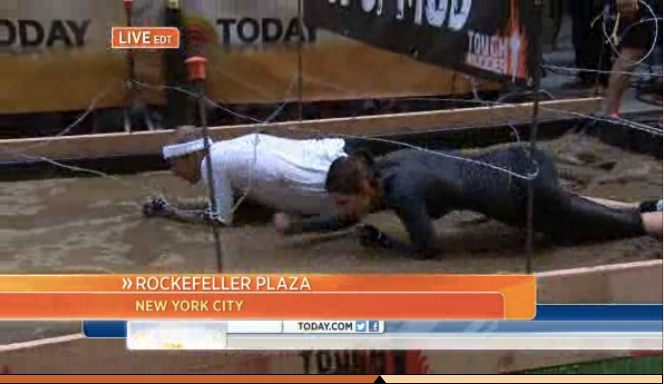