How can a goldfish save an ocean?  If you know the answer to that than you are aware of the recent pro bono efforts of a New York public relations and communications agency to alert the world to an aquatic disaster.  In the northern Pacific Ocean there is a floating garbage patch twice the size of Texas called the Plastic Vortex.  Every year, 60 billion tons of  plastic is created of which only 5% is recycled.  The plastic tossed onto beaches or into rivers is swept into the Pacific and currents carry it to the Plastic Vortex.

Cohn and Wolfe challenged its employees to help.  500 of them in 18 offices around the world volunteered for this outsized task.  A campaign was created centering around a goldfish named Kai. The facebook based, 24/7 eco-reality show centered on whether Kai would be taken from his clean environment and placed in a plastic-polluted tank.  Not only did the campaign raise awareness of the growing problem, it opened collaboration and communication among the Cohn and Wolfe workers. 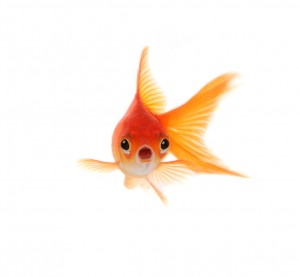 The staff sent emails and traditional press releases to global leaders, media, friends, families, and other contacts.  The facebook site received visitors from 83 countries with over 140,000 views.  The 500 tweets reached 4.7 million followers.  The campaign was covered on-line and off-line by major media publications.  Even Hollywood celebs sent shout-outs to Kai via twitter.  Money raised was sent to the non-profit group Project Kaisei.  One Cohn and Wolfe executive said, “This is a great way to show how we live our brand and to showcase our creative and digital market leadership.” It’s also a great way to save a goldfish and an ocean.