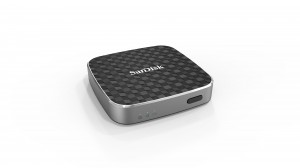 Any smartphone or tablet user knows they’re often juggling content due to the device’s storage limitations.

Storing data is as simple as ever and users can share or stream digital content to up to eight hand-held devices simultaneously without using any storage on your smartphones or tablets.

While it might sound complicated, using it really couldn’t be any easier.

I’m not one to read instructions on the first go round and you really don’t on this either.

The box describes three easy steps for those who like directions; charge it up (via USB), download and launch the free SanDisk Connect Wireless Flash Drive app and connect to it from your wireless device.

Testing the iOS version (also available for Kindle Fire, Android, PC and Mac computers) it showed up as a choice in my WiFi settings, which I selected.

From there I went to the app and could view the photos, documents, music or videos I stored on the drive. It’s that easy.

Storage isn’t limited to the size of the drive you purchase since it’s built with a microSD slot on the side for unlimited media expansion (microSD card not included).

It’s built like an average-sized flash drive so you can easily store it in your pocket and use the content on the go. Up to eight devices can connect simultaneously; three of them can stream video from it at the same time.

Another choice is the SanDisk Connect Wireless Media Drive (2.5 x 2.5 x .5-inches), which is about the size of a single pad of Post-it notes and has the storage capacity of up to 64GB of flash memory.

With this amount of storage, high-def movies can be stored and streamed by up to five different users.

You must download a free app to get this going and then, again, using it is pretty simple.

It’s also built with an expandable memory slot for memory cards (SDHC/SDXC), which can allow photographers to view images on the go.

An internal battery is charged via USB and will run for up to eight hours before a charge is needed.

When you connect either device to you computer, it appears as an external hard drive and can work as just that. But the wireless functions allow these to work as much more. 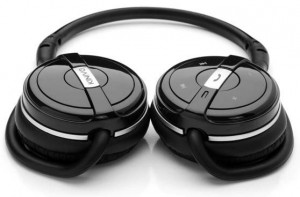 Kinivo’s BTH240 Bluetooth headphones doesn’t have a lot of bells and whistles or a big price tag.

The simple headset is designed to work wirelessly and fold up for easy storage when not in use.

Connecting to your wireless smartphone or tablet should be simple and from there it’s just put em’ on your head and go.

You’ll get about 30-feet of wireless range, which is typical for any Bluetooth device.

Cosmetically they have padded ear cups on a wrap-around-your-head headband. They aren’t as big, bulky and comfortable as other pricey wireless headphones, which can cost more than 10 times what these cost.

A built-in noise-canceling microphone is included on one ear cup along with all the basic controls for pairing, power, volume and music selections. 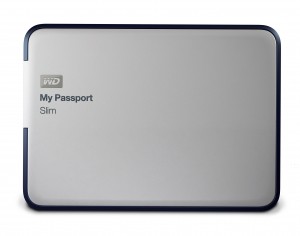 WD, a Western Digital company, has taken the notion that smaller is better and bigger in some ways with their My Passport Slim line of portable hard drives.

Each hard drive comes with WD SmartWare Pro data protection software, which lets you back up your computer to the portable drive and also have the choice of placing an extra copy in a Dropbox account.