Victaulic, world leader and innovator of grooved mechanical couplings, joins more than pipes; the company connects communities around the world. The organization’s corporate responsibility statement sums up their mission nicely: Victaulic “aims to be a good neighbor in every community where we live and work.”

This conviction is reinforced in the company’s Communitas nomination which states, “We believe it is our duty to give back to the communities in which we live and work. We are especially proud of our global employees who embrace our culture of social responsibility by contributing financially and by offering their time and expertise to those less fortunate.”

Every year Victaulic and its employees support more than 35 nonprofits with time and monetary contributions, because corporate responsibility is a philosophy they take very seriously. Throughout the past decade, the Victaulic team has contributed millions of dollars to people in need. In 2013 alone, the company raised more than $500,000 for United Way of the Greater Lehigh Valley, the branch that serves the community near Victaulic’s global headquarters in Easton, Pennsylvania. Bob Collevechio, Victaulic VP of Human Resources, also served on the branch’s board last year.

Victaulic’s impact on the community doesn’t go unnoticed. The staff of one nonprofit, Valley Youth House, was so grateful for Victaulic’s support that they nominated the company for the 2013 Outstanding Corporation of the Year award, which Victaulic received, from the Association of Fundraising Professionals Eastern Pennsylvania Chapter.

Not only is Victaulic actively involved in the community but the company also emphasizes sustainability in both its business practices and the products it provides. For example, 100 percent of the sand the company uses in its foundries is reclaimed, recycled or given beneficial disposal, and Victaulic products consist of 90 percent recycled materials. 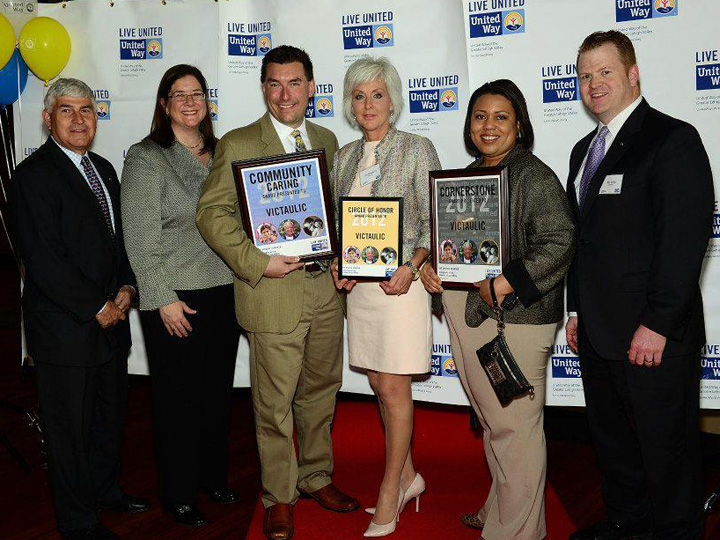