Like cattle, thousands of humans are branded by modern slave traffickers.  The tattoos convey ownerships as well as control, marking the victims for life.  Human trafficking is a worldwide criminal enterprise that touches most every country.  In the United Kingdom, an estimated 136,000 people bear the mark of a trafficker.  One organization, The Medaille Trust of London, operated by a Catholic religious order of Sisters, Brothers, and Priests, has been raising awareness of the practice for over a decade.  A short film, “Marked for Life”, tells the story of the victims while highlighting a group of tattoo artists who are turning the marks of shame into symbols of hope. 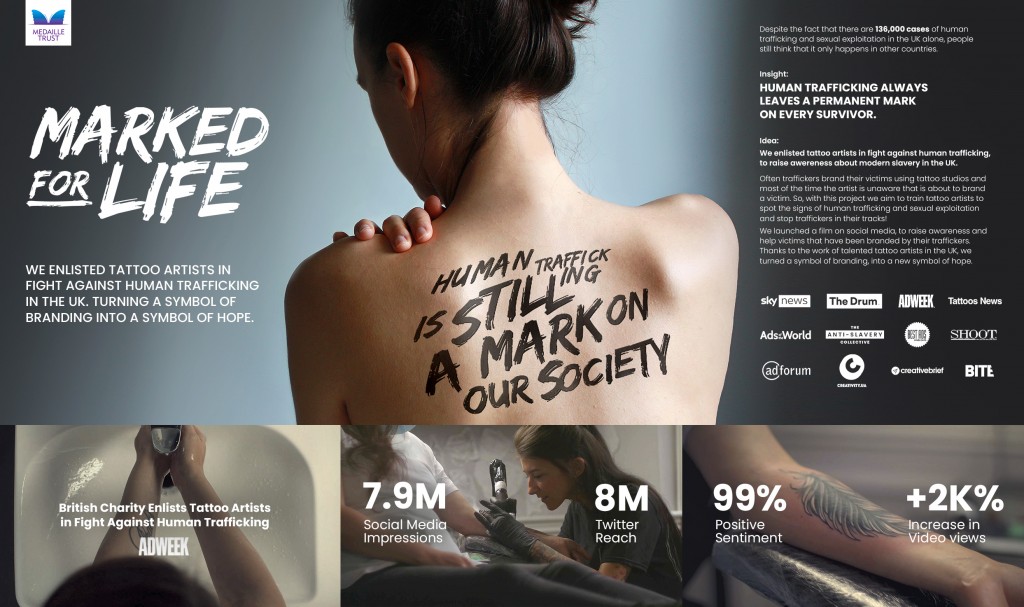