While the winners for the 2016 MarCom Awards won’t be announced for a little bit, we’re showcasing select entries that stand out. Keep checking back to see if your work will be highlighted.

When Deadpool hit the movie theaters earlier this year, it shattered box office records. When it was to be released to the home audience, the question to Fox Home Entertainment was how to maintain that momentum.

The movie is an action-packed, irreverent and humorous adaption of a comic book series. What made the movie successful on the screen was put into play for the promotion. 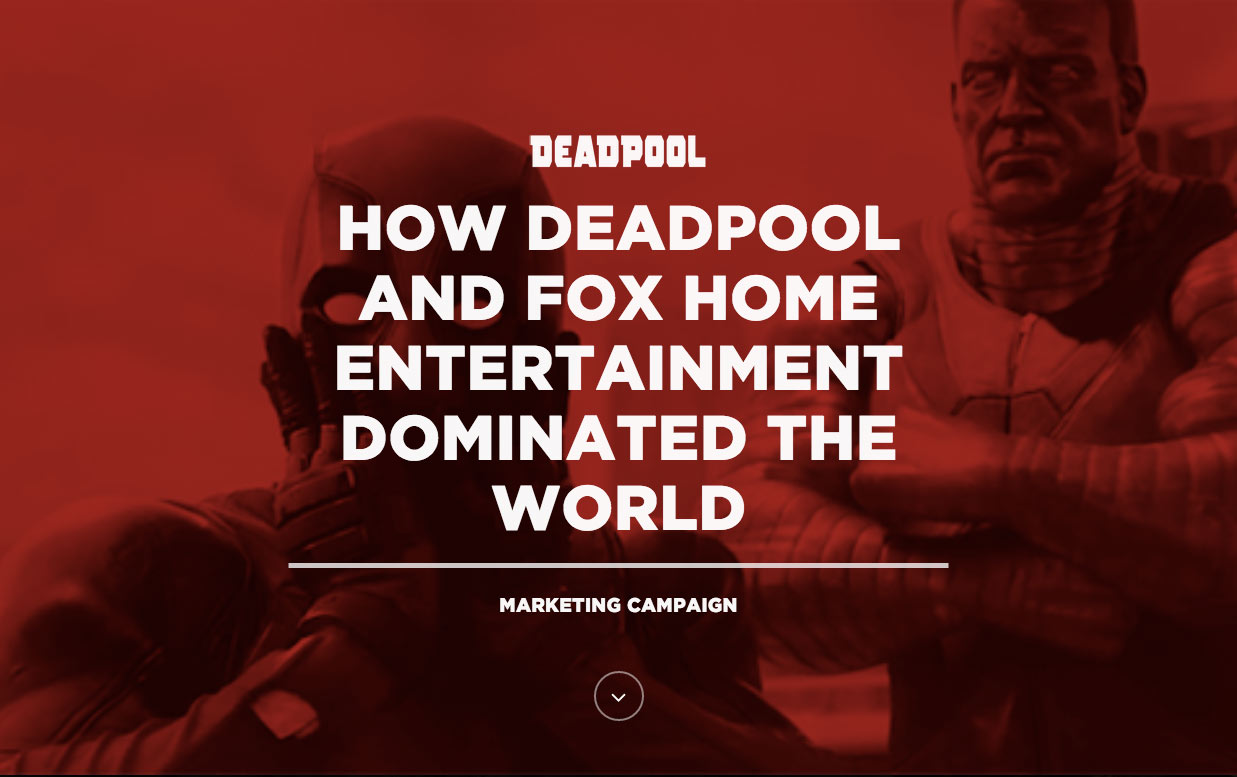