Engaging the audience is always a great tool to heighten interest, pump up sales, and increase television ratings.  With social media and the Internet, there is more opportunity than before, if done properly.  The PGA wanted to retain viewer interest on the season’s final major at Oak Hill Country Club in Rochester, New York and had a good idea how to do it.  The PGA turned to Mastro Communications of Warren, New Jersey, a boutique agency that boasts that it can do anything that the big guys can do, but without the overhead.
Working with the PGA, Mastro crafted an integrated marketing campaign promoting a first time event….letting golf fans cast votes and choose the pin placement on a pivotal hole on the last day of the tournament.  As Jack Nicklalus put it, “it’s like being able to call the shots during the fourth quarter of the Super Bowl.”
Media outlets worldwide picked up the story, generating 730 million impressions.  Over a 19 day period, 92,000 golf fans participated in the “PGA Championship Pick the Hole Location challenge Hosted by Jack Nicklaus” using PGA.com, Facebook, and Twitter to cast their votes.  On Sunday, August 11 the PGA announced that of the four possible positions, location “C”, a downhill 181 yard, par 3 on the 15th hole was the fans choice, making golf history. 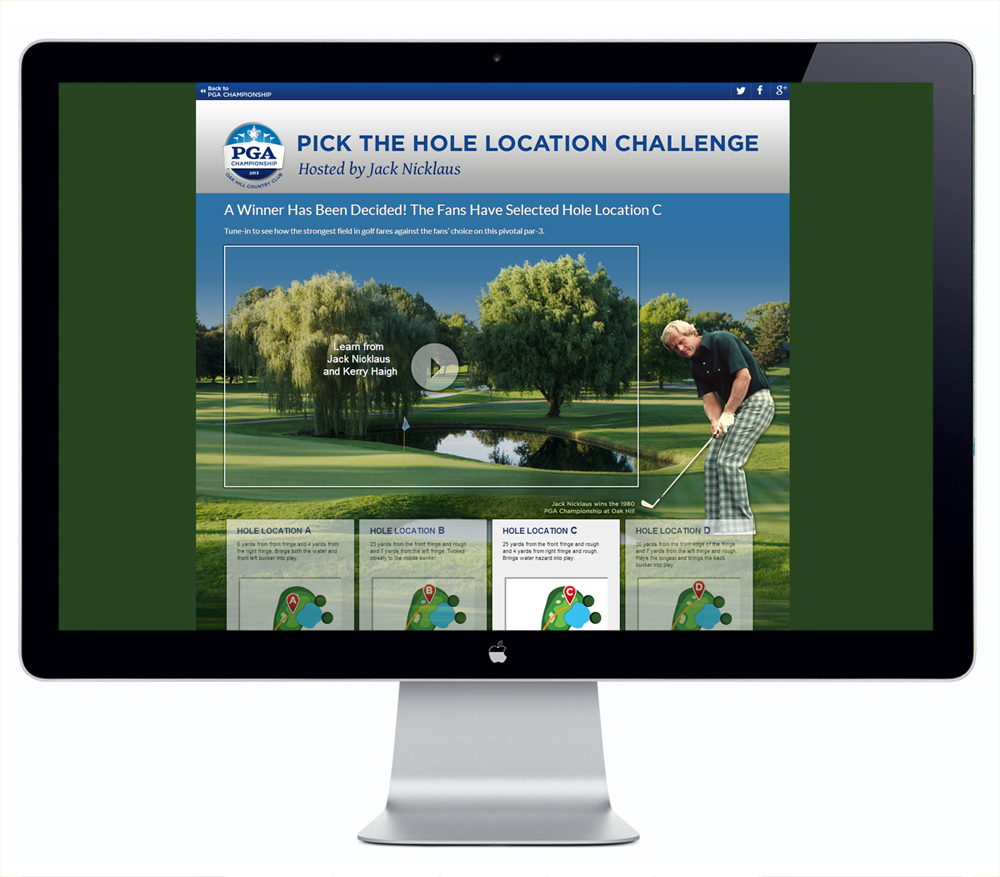